You’ve likely encountered a narcissist or two in your life. Perhaps a former lover could never put your needs first. Or maybe you’ve worked with someone who just couldn’t stop promoting his accomplishments long enough to do any work. Whether your encounters are professional or personal, there are telltale signs that you’re dealing with a narcissistic person. And when you are, establish healthy boundaries and keep an emotional distance.

1. They make it clear they know everything.

Narcissists don’t hesitate to educate lawyers about the legal system or enlighten doctors about medicine. After all, they know more about everything than anyone else, and they’re not afraid to show it. In fact, they can be expected to argue, educate, and inform you about virtually every topic you bring up in conversation: “Here’s where you got that wrong. “That’s what most people think, but that’s not actually true.” They don’t shy away from disagreements or opportunities to tutor others about their way of thinking.

2. They insist on being the exception to the rule.

Rules are for people who aren’t smart enough to make good decisions on their own, the narcissist believes, but they know they’re exceptional. And so the usual rules, laws, or policies don’t apply to them. They’re often good at manipulating others to bend the rules for them, reinforcing their belief that they shouldn’t have to succumb to the same regulations as everyone else.

3. They project an image of superiority.

Narcissists care greatly about their image. They want to make sure they appear wealthy, popular, and elite. They’re often materialistic and greatly enjoy name dropping, as associating themselves with the hottest brand or famous friends makes them feel important.

4. They make a great first impression, but quickly wear out their welcome.

Narcissists’ charming personalities tend to win them favor with new people—at first. They may come across as confident, exciting—maybe the most endearing and engaging person in the room. But over time, their selfish tendencies cause people to run the other way.

5. They boost their egos by implying others are inferior.

Not only do narcissists need to establish how superior they are; they also tend to imply that everyone else is less intelligent, experienced, or likeable. No matter how much training or education someone else has had, the narcissist is he or she is the real expert.

6. They assume everyone adores them.

The narcissist truly believes that everyone from former co-workers to past lovers holds them in high regard—and assumes that anyone who doesn’t like them must be jealous. But while they can be very sensitive to criticism, outwardly they try to dismiss any negative comments about their personality or performance, and may try to punish anyone who dare express an unfavorable opinion about them.

7. They put their own feelings ahead of other people’s needs.

A lack of empathy is the most telling characteristic of the narcissist. They don’t care what other people need or how they feel. Everything they do centers around what they want and need. They don’t care what type of pain they inflict on others. While fundamentally unsupportive and manipulative, they can fake empathy when it helps them look better. But they lack a genuine desire to put anyone else’s needs above their own desires. 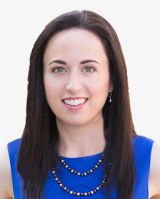